China News Service, November 9th According to foreign media reports, at an online auction held on the 8th, the late British physicist Hawking used an electric wheelchair to nearly 300,000 pounds. Price auction. In addition, a paper by Hawking was also sold at a price more than three times the original estimate.

According to reports, at the auction, some of Hawking’s personal items, including wheelchairs, papers, medals, and a brief history of time with his thumbprint and signature were auctioned. 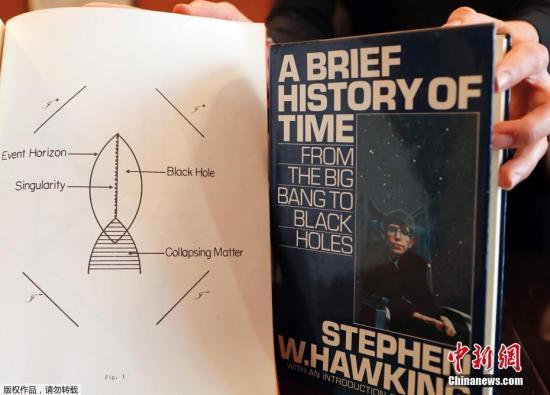 The picture shows some of the auctions.